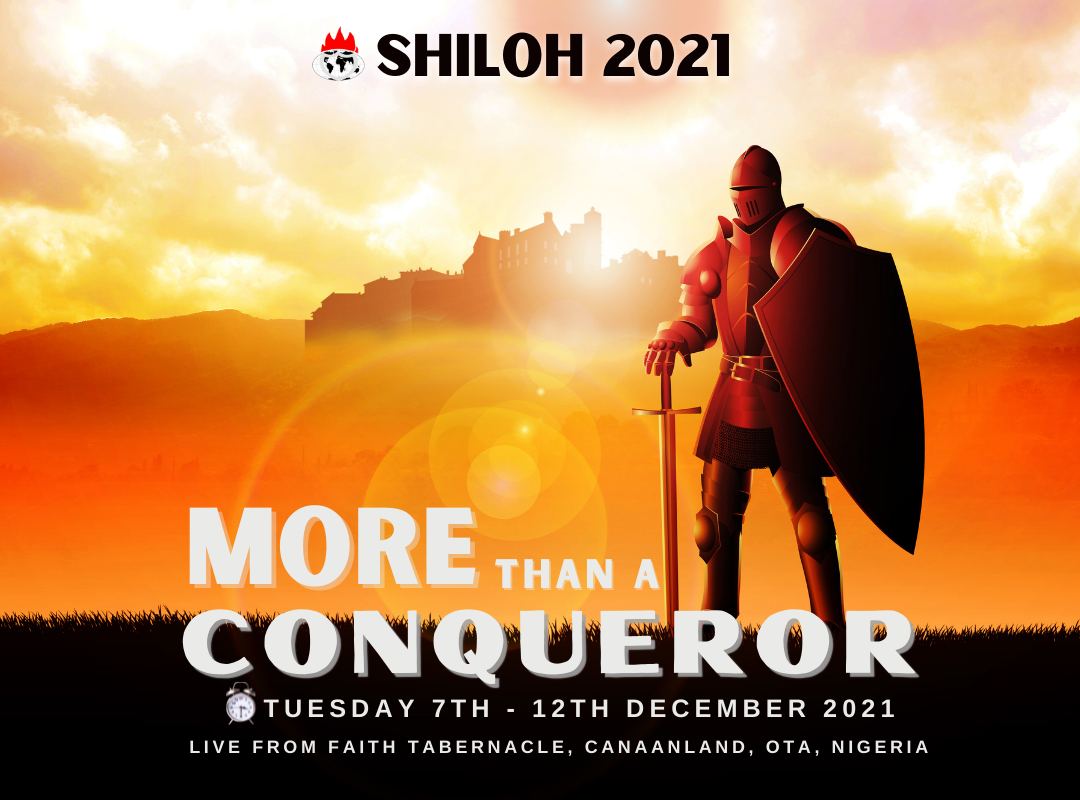 Turnaround greetings in the name of our Lord Jesus Christ.

As it is written, “And the whole congregation of the children of Israel assembled together at Shiloh and set up the tabernacle of the congregation there. And the land was subdued before them. “– Josh. 18:1

It was from the above scripture that I had the encounter that birthed Shiloh back in May 1998.

Shiloh is the annual prophetic gathering of Winners worldwide for a feast of the Word, where we access our inheritance in Christ until the land is subdue before us, both as a Church and as individuals. This prophetic platform has been validated over and again.

But what does it mean to subdue the land?

Let us begin by defining who is an overcomer. ‘An overcomer is one that wins the victory in battle’
And who is a conqueror? A conqueror is the one that subdue his enemy in battle.

Quite a number of men and women operated in this realm in scriptures. This includes the likes of Abraham, Joseph, Moses, Gideon, Deborah, David, Daniel, Paul among others.
I believe God shall be speeding up the realization of the rise of this endtime army at Shiloh this year

Therefore, the theme for Shiloh 2021 is:

Every Winner should prepare his or her heart to be a full partaker of this prophetic Word feast. It shall be a feast of fat things indeed, where death shall be swallowed up in victory among others                  – Isa. 25:6-8.

I shall be looking forward to seeing you there.

THE DANGERS OF CARNALITY

Plague of Sickness Destroyed after Joining this Commission!

God Turned My Stagnation To Promotion!